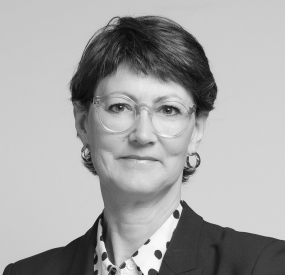 Chair of the Board, Independent Member
Learn more

Chair of the Board, Independent Member 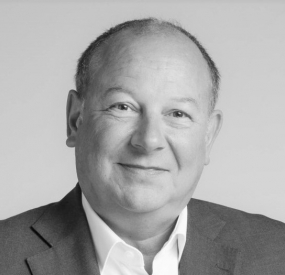 Karl has a strong track record in carve-out and spin-off operations. At EUROAPI, he’s put together a committed management team that reflects the DNA of an efficient company: agility, and the ability to unlock its growth potential.

His international career has included positions in Europe and further afield, such as in Singapore. Karl started his career as a lawyer in Belgium and worked for BASF in Belgium and Germany leading, amongst others, the Performance Chemicals business unit of BASF in Ludwigshafen. He then joined DSM and became CEO of DSM Sinochem Pharmaceuticals. More recently, he was CEO of Centrient Pharmaceuticals.

Married and a father of two, Karl is a football, skiing and golf fan, and enjoys travel, art and music. 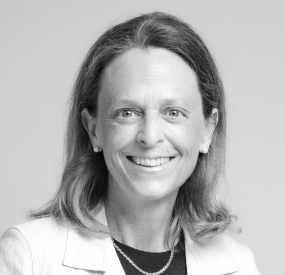 Elizabeth Bastoni is an experienced Board Chair and executive with expertise in human resources, governance, strategy, risk and talent management. She is currently Chair of the Board of Directors of Limead, as well as member of the Board of Directors of Jeronimo Martins and BIC. Elizabeth began her career in international taxation at KPMG in Europe. She then held several executive positions with international groups such as The Coca-Cola Company, Carlson or Thalès. 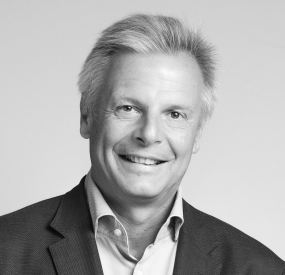 Emmanuel Blin is the founder and CEO of Tech Care for All (TC4A), a social impact company aiming to accelerate digital health in Africa and Asia created in 2017. Previously, he spent 20 years in the pharmaceutical industry. He is a former member of the Executive Committee of Bristol-Myers Squibb, where he was Chief Strategy Officer and Co-Commercialization Director, after a series of assignments leading national and regional operations in Europe, Asia and the Americas. Mr Blin is President of Aignostics, a Berlin-based company specialising in artificial intelligence in oncology. He is a graduate of ESSEC in Paris and has completed the INSEAD-CEDEP general management programme. 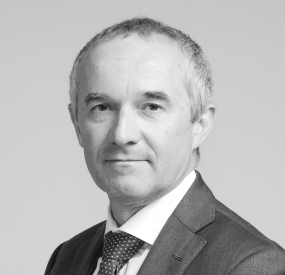 Member appointed on a proposal from the French State
Learn more

Member appointed on a proposal from the French State

Jean-Christophe Dantonel, appointed by EPIC Bpifrance, acting on behalf of the French State under the French Tech Sovereignty Convention.

Jean-Christophe Dantonel is Director of the Health and Biotechnology program at the General Secretariat for Investment.
Trained at the Ecole Normale Supérieure de Lyon, Jean-Christophe Dantonel obtained his doctorate summa cum laude at the University of Strasbourg in 1999. He joined the Institut National de la Santé et de la Recherche Médicale (Inserm) in 2001, to pursue a scientific career devoted to cancer proliferation. His work has been published in several prestigious scientific journals such as Nature or Molecular Cell.
After a Master of Business Administration at the Institut d'études politiques de Paris, he joined, in 2007, the cabinet of the Minister in charge of Higher Education and Research as Advisor for life sciences and biotechnologies.
In 2010, he joined the founding team of the General Secretariat for Investment to implement the Health axis of the Future Investment Program. In 12 years, more than 400 projects in the health and biology sector have been selected and funded for more than €4 billion. During the Covid crisis, he was assigned by the Prime Minister to lead the negotiations for pre-orders of Covid vaccines.

Cécile Dussart is Vice President, Head of Global Operations of Galderma a Global Specialty pharma company and leader in the Dermatology field. Cécile builds and deploys the strategic road map for Operations driven by Galderma’s transformation program, as well as ensuring a professional and safe culture. She joined Galderma in 2005 as Human Resources Director for Industrial Operations, later becoming Plant Director at the Alby-sur-Chéran production facility in France in 2008. Prior to her roles at Galderma, Cécile was at Roche for more than eight years, where she held positions as Global Brand Manager and then Human Resources Business Partner. She began her career as a Brand Manager at Sanofi in 1990. Cécile studied pharmacy at the University of Paris XI and holds a master’s degree in marketing from ESCP Europe. 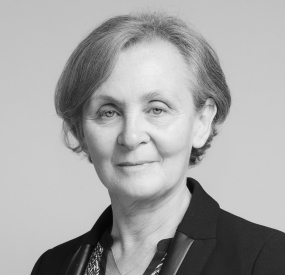 Claire Giraut is member of the board and Chair of the Development and Innovation Committee of Julius Baer. She was Member of the Board and Chair of the Audit Committee at DBV Technologies. Claire Giraut has held responsibilities in finance for most of her professional career. She was Chief Financial Officer and IS Officer at BioMérieux (2013-2018), Chief Financial Officer of Europcar Group (2011-2012) and of Ipsen (2003-2011) where she managed the company’s IPO. She began her career by holding various positions, particularly in finance, within the Sanders group. Claire is an agronomy engineer and is a graduate of the Institut National Agronomique in Paris. 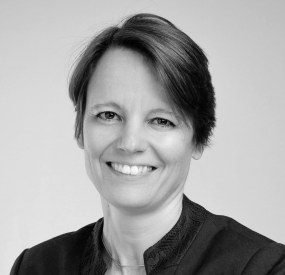 Before becoming Chief Financial Officer of the Consumer Health Business (CHC) within the Sanofi group, Adeline Le Franc held various positions within Sanofi in areas such as market studies, international pricing, R&D control, commercial control, strategic planning and financial management of industrial business. Through these experiences, Adeline Le Franc acquired in-depth expertise in the pharmaceutical industry: an understanding of the production chain and the regulatory context, knowledge of the market and the global competitive environment, strategic approaches and project management. 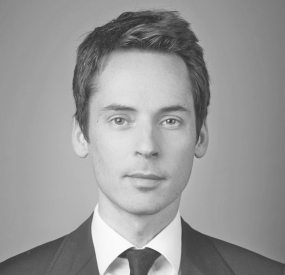 Benjamin Paternot has been Executive Director in charge of Bpifrance's fund of funds activity since May 1, 2016. He has over 20 years of experience in private equity.
Benjamin Paternot graduated from the University of Paris Dauphine with a Master's degree in Management Sciences and a post-graduate degree in Business Law. He began his career in the private equity team of SJ Berwin (King & Wood Mallesons). In particular, he has been involved in the structuring of private equity funds, primary and secondary investments in France and abroad, as well as the acquisition/restructuring of management companies in particular situations.
He joined CDC Entreprises in 2006 as Investment Director before being appointed Director of the Technology and International Funds division in 2012. Within the fund of funds team, he has made investments in innovation capital funds (seed, VC and growth) and private equity funds (expansion capital/transfer/mezzanine).
He piloted the creation of Bpifrance retail funds for individuals in 2020 and 2022. 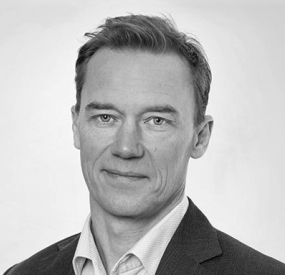 Mattias Perjos is currently President and Chief Executive Officer of Getinge, a listed company on the Stockholm Stock Exchange, which he joined in 2017. He previously held the CEO position at Coesia IPS Division and Coesia International (2012-2017). Prior to that, Mattias Perjos was CEO of Flexlink (2006-2016) and held other leading roles within the group which he joined in 1998. A Swedish citizen, Mattias Perjos holds a Master of Science in Industrial Engineering and Management. 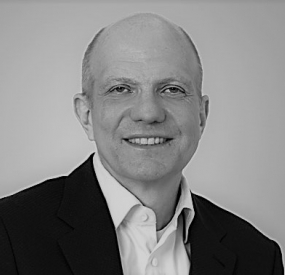 Rodolfo Savitzky is Chief Financial Officer and member of the Executive Board of SoftwareONE.

After serving as Finance Director at Procter & Gamble for the Beverage Division in Europe and then for the Beauty Care Division in Latin America, he joined Novartis in 2002 in the Pharmaceutical Division, first as Head of Finance for the Ophthalmic Business Unit and then as Head of Business Planning and Analysis followed by Head of Strategic Planning and Analysis for the Pharmaceutical Division. He was appointed CFO for Novartis Animal Health in 2006.  Rodolfo joined Lonza in 2015 where he became Chief Financial Officer and member of the Executive Board in 2016.  He was also a Non-Executive Director and Chairman of the Audit Committee of Unilabs in 2021.

Rodolfo Savitzky holds a bachelor’s degree in Industrial and Systems Engineering from the Monterrey Institute of Technology (ITESM) in Mexico, as well as an MBA from the University of Chicago (Booth School of Business) in the United States. 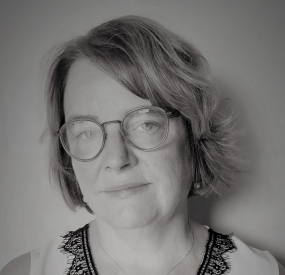 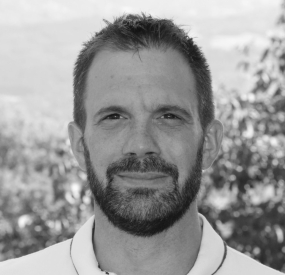